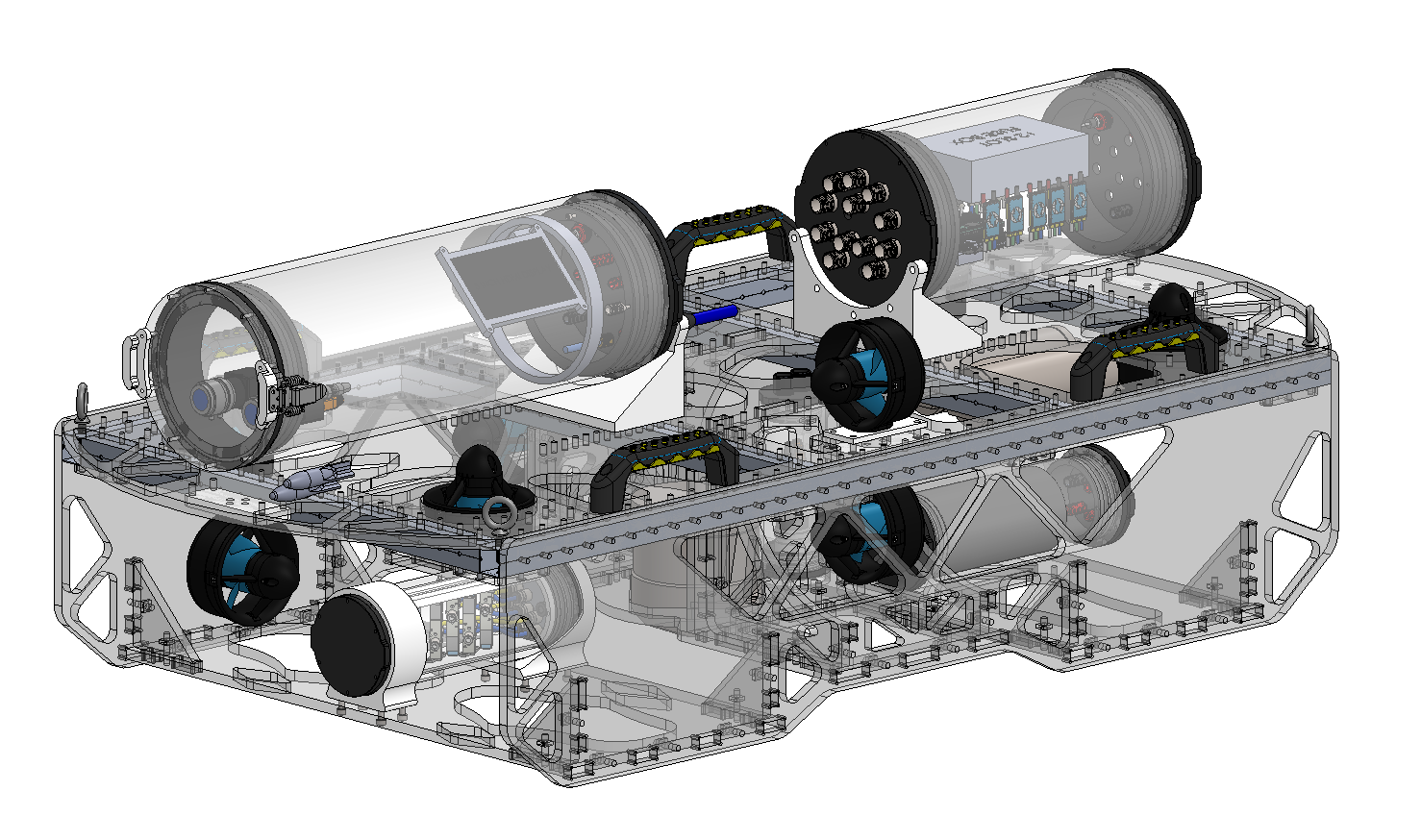 The 2021 vehicle was designed to complete tasks that primarily involved robot navigation. This was deemed as the minimum viable product for the competition and would allow the team to focus on getting all the fundamentals down first. It was decided to not design for any active manipulation tasks as the necessary complexity to achieve them was not ideal given our minimal experience with fully autonomous vehicles. The analysis of previous competitions showed that many teams who tried to complete every objective frequently failed to do so. It was seen that by ignoring the tasks that were complex and had the highest chance of failure it would be possible to build a robot that would rank higher than many other teams who tried to do everything and failed. However, recognizing the eventual need to complete the advanced tasks in order to achieve the highest ranks in future years, some initial work was completed to test systems such as computer vision and pneumatic actuation in order to begin developing the skills and knowledge needed to implement them into a future vehicle. The team believes this approach will allow for us to learn the necessary skills to design and field a highly competitive robot in future competitions. For more information about the robot please read our Technical Report here